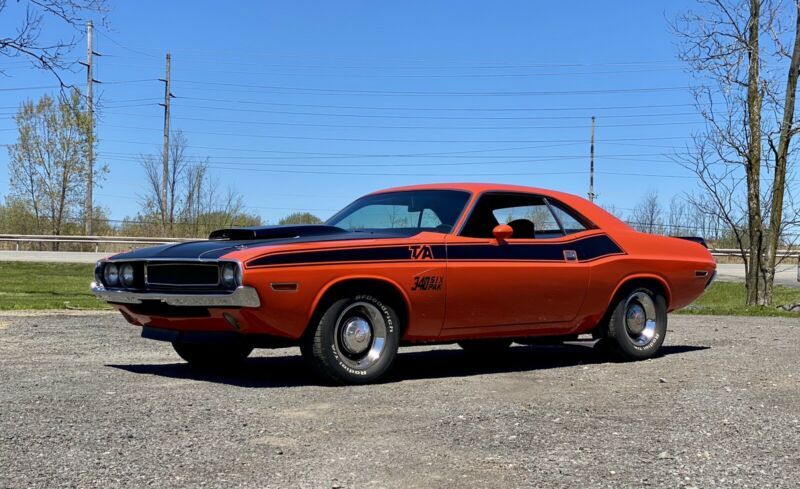 Up for your consideration is an excellent example of a 1970 Dodge Challenger T/A. This car underwent an extensive
frame on restoration approximately two years ago. It started life as a true TA, rust free car. The underside and
seats are original. The paint and body are laser straight with a great finish. It’s done in its original color
combo as per fender tag. It’s base coat, clear coat EV2 with correct TA black out and decals. It is a non numbers
BUT correct TA 340 six pack block backed by its original numbers matching 727 slap stick automatic. The suspension,
brakes and drivetrain are all fresh. This car was built to be driven to shows and enjoyed, not a trailer queen.
With that being said it will still hang with the best of them and has won awards. It only has roughly 800 miles
since completion. This TA will not disappoint!