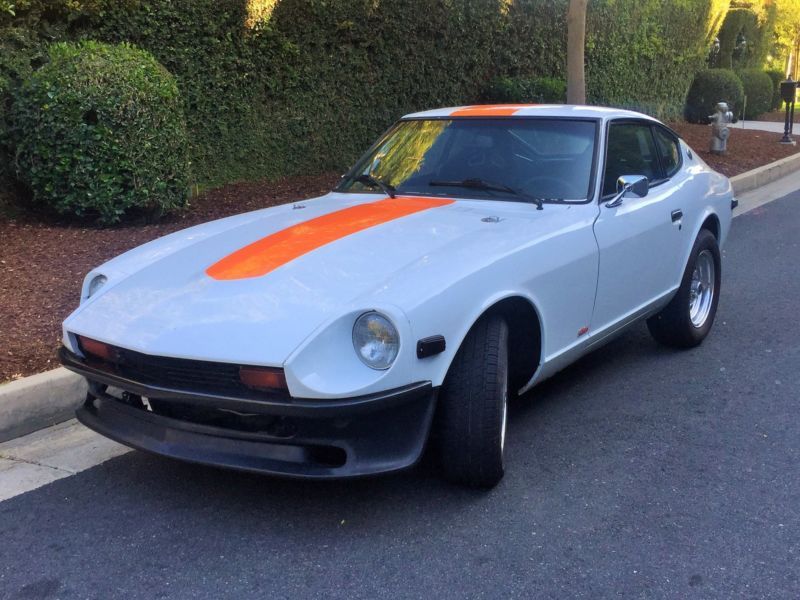 This is a nicely done Custom 280Z V8 conversion in really nice, low mile restored condition. Classic Z car has been
professionally converted and customized... ready for daily driver, cruises, or local shows. All the custom work
including body, interior, drivetrain, and suspension have been redone professionally. This Z is great all around.
Looks, runs, feels, and drives awesome... FAST and smooth. Excellent weekend cruiser, daily driver, or addition to
any collection.
Body is straight with no rust or collision damage that I can see. Fit and finish are very nice. Driver quality
custom repaint presents beautifully with minor blemishes. Seams and rubbers are great. Underside is clean with
original undercoating. This is a driver!!
Interior is in nice condition as well. Panels, carpet, and headliner all look great...Custom seats fit and feel
great. Dash has a nice cover. Fully insulated, feels quiet and tight. Electronics work properly. Custom tach
installed... speedo not hooked up but I'll try to take care of that this week.
BEST PART... rebuilt chevy 350 V8 Motor starts, runs, and idles excellent... performance enhancements but built for
daily driver relaiability, Super responsive and nicely tuned. Rebuilt 3 speed Auto Trans shifts smooth through the
gears. Car has great street manners and is FAST!!!... Super fun to drive!! Sounds mean but not obnoxious through
custom exhaust. Suspension feels tight and handles excellent. Goes down the road straight with no wiggles,
shimmies, or shakes... Stops straight and sure. EXCELLENT, FAST driver.
Overall this is a Super nice Custom Z in great condition all around... it is extremely well preserved. Awesome
weekend cruiser, show car, or addition to any collection. I am a Z collector... this is a great one for any Z car
enthusiast, collector, or anyone looking for a cool, original vintage sports car at a great price.