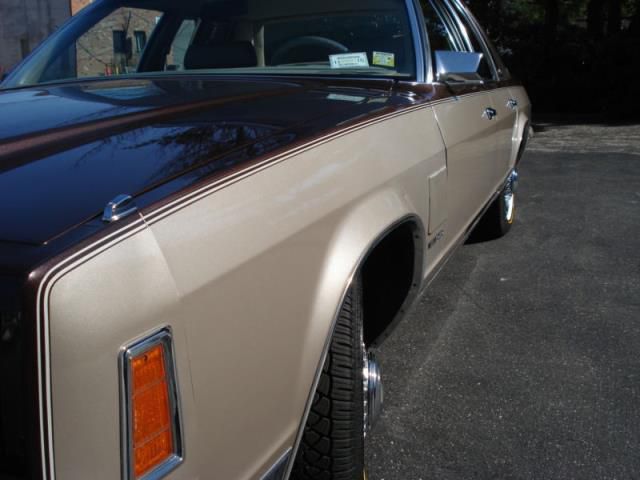 347 Special Edition 1981 Chrysler New Yorkers made with the Brushed Stainless Steel Roofs. This car as 59,900 Miles since new. It is powered by its original 318 Cu in V8. This beauty is finished with its Original (Brochure Cover) Mahogany Starmist and Heather Mist Two-Tone Paint. The interior has its original leather pillow seats and luxury carpeting. Its many features include, Special Electro-luminescent coach lamps, Special luxury trunk trim carpeting. These cars came fully loaded with Leather wrapped tilt steering wheel, AM/FM Cassette Stereo with factory rear speaker amp, Power Windows, Power Door Locks, Power Seat, Cruise Control, Power trunk release and Wire Wheel covers, covering new Vogue tires. This Original car has been garaged and well cared for since new and always meticulously maintained. I have personally have seen only one other New Yorker like this since 1981. A very unique luxury car. Everything works as it should.