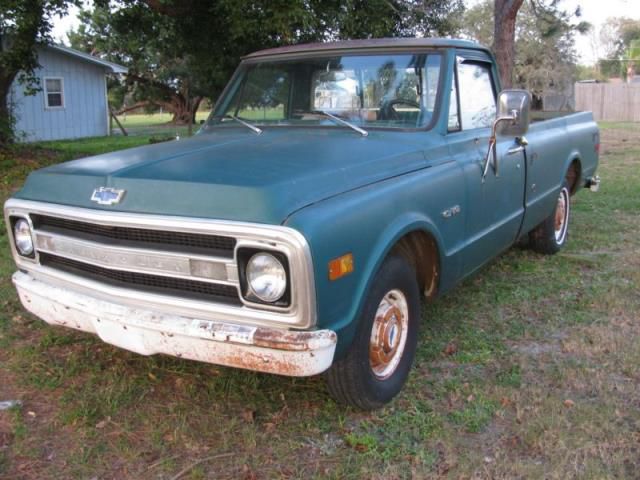 Original paint. New master & wheel cylinders. All gauges work-amp, temp, oil, gas. 3 speed. Power steering. Manual brakes. tires look good but are dry rotted from sitting. It has been sitting for a while because of the tires but does run. motor runs a little rough but may just need a tune- up.