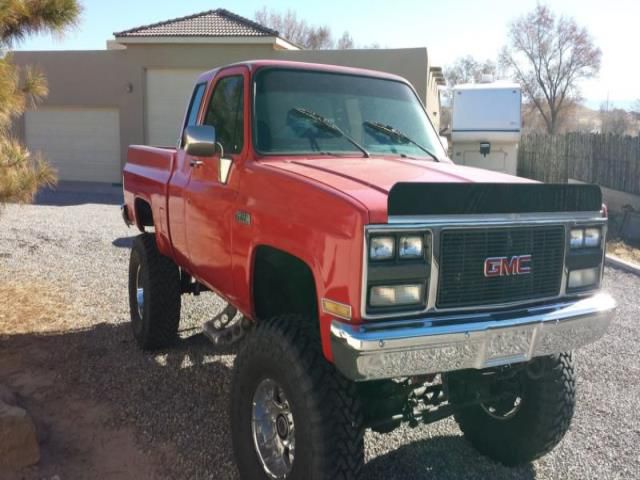 1983 GMC extended cab 4x4 truck with new 10" lift and new 385/70/16 tires and rims. truck runs and looks good, but does have a small rust spot on right rear wheel opening. frame and rest of truck are clean and rust free. interior is in good shape with new custom seat, power windows, locks, a/c, tilt, and cruise.