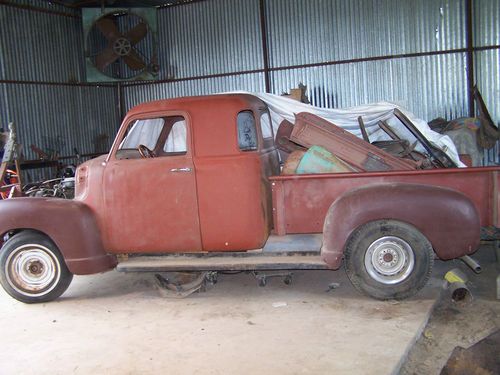 1951 chev p u for sale. cab has been extended. Cab and bed sitting on a 1985 GMC frame and running gear. Have some extra parts such as doors,running boards,hood, corner windows, and a lot of mics.parts. Unable financially to continue on project, plus age and health has creeped up on me. Need to sale but will not give away. If you are interested in truck, payment will be when the truck is picked up and in cash. No pay pal or any kind of checks.