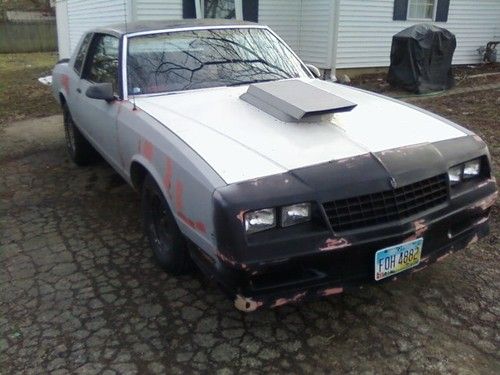 1986 Monte Carlo SS that has a fairly fresh 350 with a good size cam and the block has been decked for more compression, Aluminum Intake, Edelbrock Carburetor, Re-Built 700 R4 Trans with shift kit, Small Stahl with Factory 373 Gear, The Body and Frame are both solid. The Passenger side floor board is starting to get a hole about the size of a baseball, Besides that all the car needs is Painted. Like I said very Strong car and Motor. Its a Daily driver. Bottom dollar is $2700.00 Feel free to call anytime for more information my names Mike 937-718-8637 or 937-305-6489 Thank you.