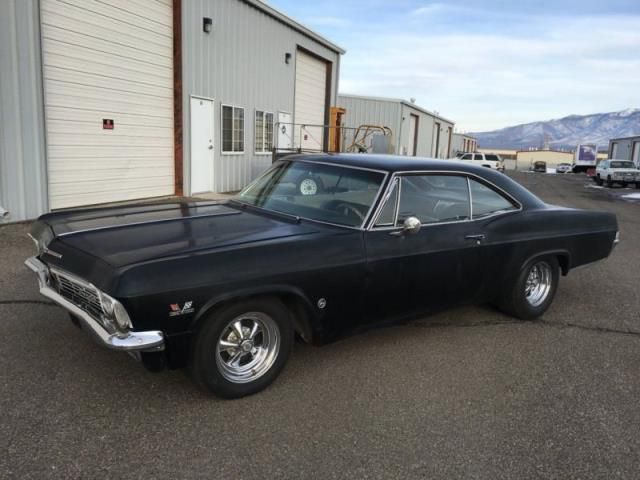 IF YOU HAVE ANY MORE QUESTIONS JUST SEND ME AN EMAIL : prgrameybreathable@mynet.com

Hello. You are bidding on a 1965 Impala. It is originally a factory big block 396 car per the vin, and still has the original badging on the fender. Original paint color is red. Condition is as follows: Body: Overall very solid body with original GM panels. Has dings and minor dents but has never had a high speed accident or buckled quarter panels etc. Quarter panels, trunk extensions, floors, frame rails, roof, gutters, doors, jambs, etc are all solid. Upon an eventual repaint, expect some minor body work needed around the car, but no major panel replacement. The only rust is small spots just starting on the bottom of both front fenders and some small spots rearward of the right rear wheel well opening. Other than that, a fair job was done patching the trunk floor, note the pictures of that.