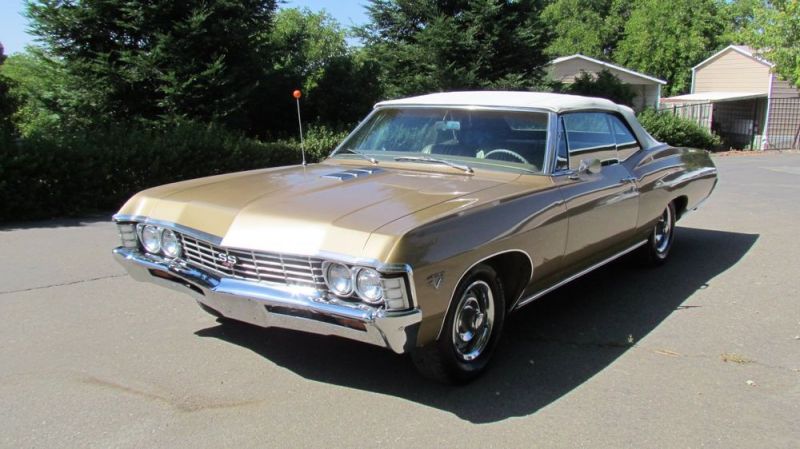 I am always available by mail at: lateshanulle@juno.com .

1967 Chevrolet Impala SS 427 4 speed Convertible, matching numbers car, 68k original miles, beautiful car, never any accidents or rust ever, all original sheet metal, all original trim, bumpers, car was repainted 30 years ago and still looks great! motor just rebuilt with only 100 miles, starts up with the slightest flick of the key, runs and drives Excellent!! they only made 200 convertibles with the 427 motor and only 32 were 4 speeds, probably the only Gold on Gold one built!! VERY NICE car! currently registered, has a clean California title and always has been in California, built in Los Angeles, drive it home!