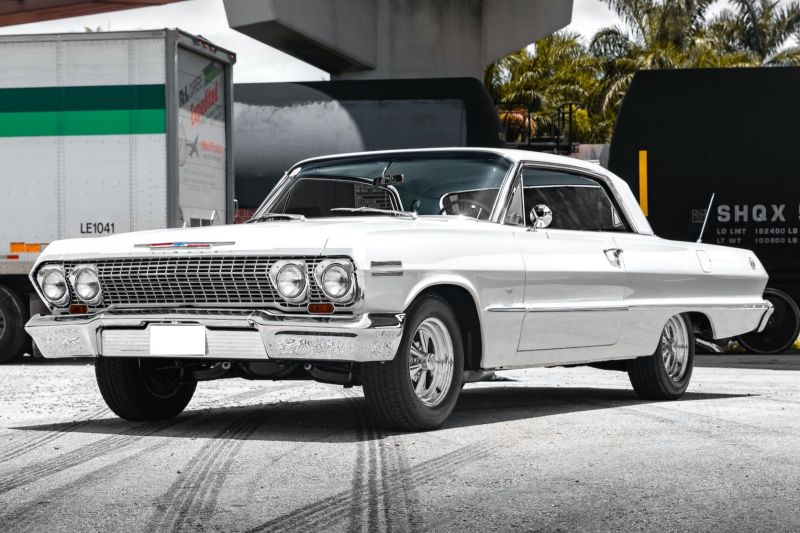 This 1963 Chevrolet Impala SS is a sport coupe that was disassembled and refurbished in 2017 with a repaint in white, new body gaskets, fresh blue interior upholstery, a rebuild of its 283ci V8, resealing of its two-speed automatic transmission, brake work, and more.