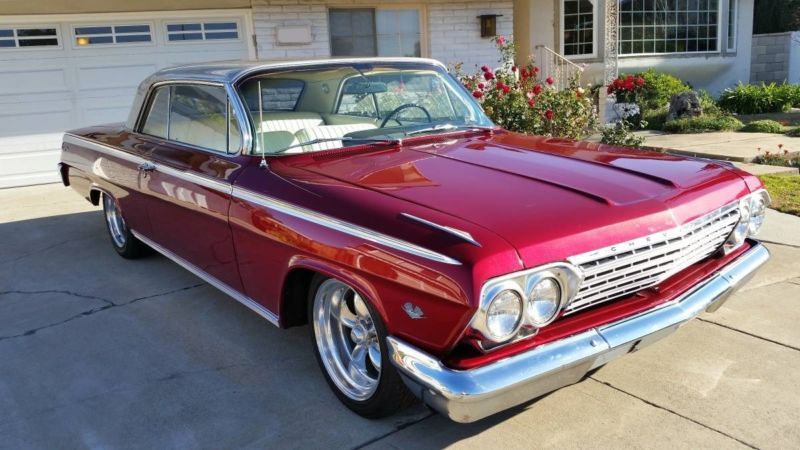 Beautiful 1962 Chevrolet Impala with a 350 engine and 350 trans. Runs great, you can drive it anywhere. It also has
a new aluminum radiator, new brakes, power steering, all windows and doors work great.
New white interior and black carpet.
Odometer: 50,600
No Rust, Dents or Scratches. Never been in an accident.