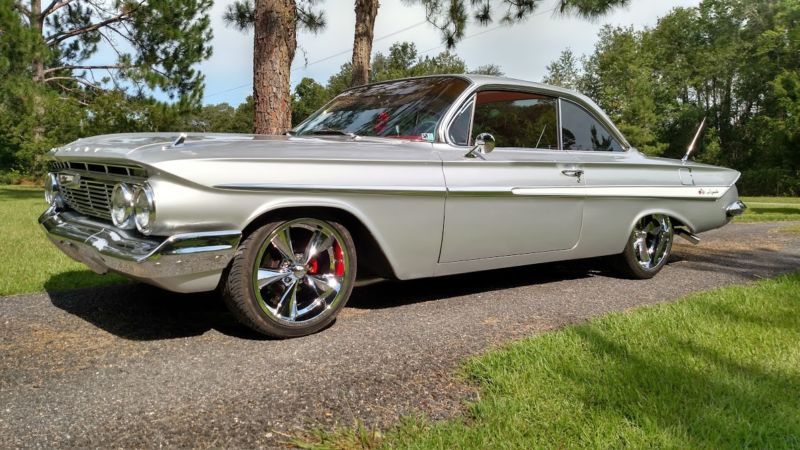 Numbers matching 348 tri-power, two-speed powerglide. Power steering, front power disk brakes, Vintage AC that
works great, new wheels and tires, new Dakota Digital Analog gauges with GPS speedometer, new Flowmaster exhaust
system, new dash trim, new grill, headlight rings, tail light rings, new bulbs, new custom trunk upholstery, new
Custom Audio Sound Radio with aux inputs, new under-seat amp/sub-woofer. It has been professionally lowered with
2" dropped spindles and 1" dropped coil springs and 4" dropped springs in rear. All stainless trim is excellent,
with much of it being new or refurbished. Glass is original with new tint. Previous owner stated the paint,
interior, and all rubber and seals was done/replaced about 15 years ago and the body was off of the frame and most
everything was replaced at that time. The motor was rebuilt last year and runs strong. All pans are original and
appear to be rust free.