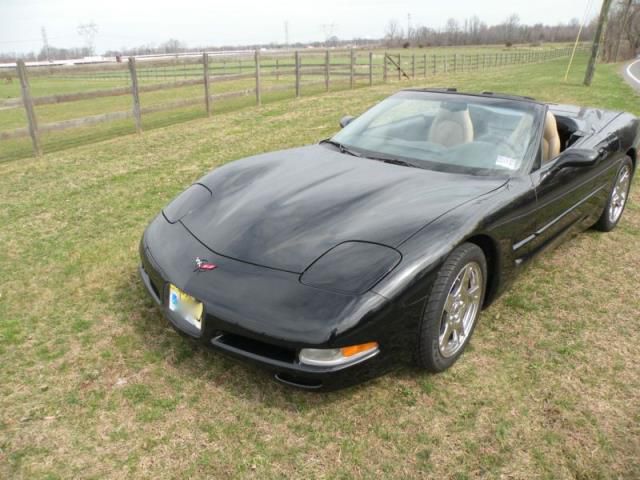 Any questions don't hesitate to e-mail me : denismountvernonk@gmx.fr

1998 Supercharged Corvette Convertible, senior owned never abused black beauty. Equipped with a procharger supercharger complete with intercoolers producing a manufacturer claimed 565 h.p. Also has a Corsair custom cat back exhaust system,auto meter guages installed in custom A pillar, Laser cut polished stainless rear facia corvette logo, In addition there are ghost flames which as the name suggests appear and disappear based on lighting conditions and movement of the vehicle. Reallycool. Nothing was cut during modifications and all original parts to return to bone stock, manuals, and programmer are included along with a car cover.