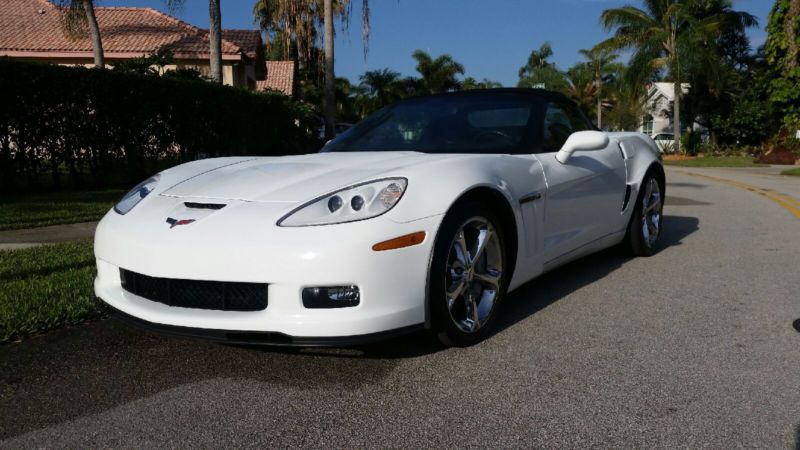 Send me an email at: leolaabeita@club4x4.net .

2010 CHEVROLET CORVETTE GRAND SPORT, GAS V8 6.2L/378.3 ENGINE, AUTOMATIC TRANSMISSION HEATED LEATHER SEATS, POWER
CONVERTIBLE TOP, DUAL MODE EXHAUST, HEADS UP DISPLAY, POWER WINDOW, CRHOME WHEELS 18" x 9.5" (45.7 cm x 24.1 cm)
front and 19" x 12" (48.3 cm x 30.48 cm) rear, PADDLE SHIFTER AND MUCH MORE. ALTHOUGH THIS CAR HAS A REBUILT TITLE
( DUE TO DAMAGE ON THE LEFT REAR QUARTER PANEL ), THERE IS SIMPLY NOTHING WRONG WITH IT, NO RECORDS OF AIRBAGS
DEPLOYED, NO RECORDS OF FRAME DAMAGE AND THERE IS NOT INDICATION OF ANY ACCIDENT. I HAD IT FOR A WHILE AND IT RUNS
GREAT. PLEASE DO NOT TAKE MY WORD FOR IT, YOU CAN COME AND INSPECT IT YOURSELF AND TAKE ADVANTAGE OF THE BIG
SAVINGS. THE ONLY REASON I'M SALLING IT IS BECAUSE I JUST BOUGHT THE 2016 CORVETTE.