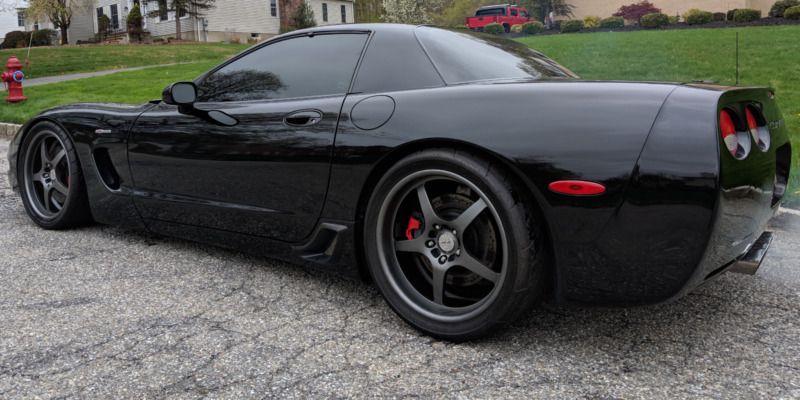 Up for sale is one of the BADDEST CARS AROUND!!!!!!TWIN TURBO Z06 WITH 1000 HP. CAR HAS CLOSE TO 80K INVESTED.
EVERYTHING HAS LESS THAN 3K MILES. BODY HAS 44K. MOTOR IS FULLY BUILT BY PAT MUCI 8.5.1 COMPRESSION. CAMMED.
METHONOL INJECTION SYSTEM. CAR WAS TUNED BY NICK YOSKIN OUT OF PHILADELPHIA. (HE IS ON YOUTUBE UNDER BAM BAM Z06)
TRANS BUILT WITH PERFORMANCE TWIN DISK CLUTCH. BUILT REAR. NEW TIRES ALL AROUND. LOWERED. THIS CAR IS INSANE.
SOUNDS LIKE AN ANIMAL.