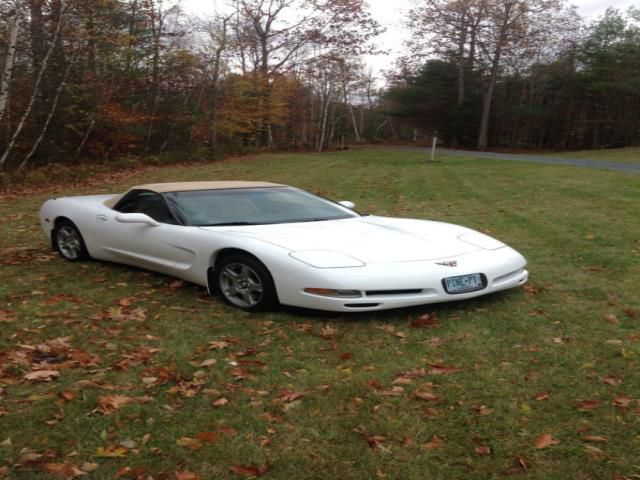 1998 Chevrolet Corvette Convertible in pristine condition with only 16,000 miles. The outstanding exterior is finished in Arctic white with a tan convertible top. The striking interior is also tan in color.The impressive 5.7 L V8 and automatic transmission provide a smooth ride and power when you need it. This corvette has been dealer maintained with all scheduled maintenance up to date and all accessories work perfectly. This car is owned by a meticulous owner : no accidents, non-smoker, garage kept and never driven in inclement weather !