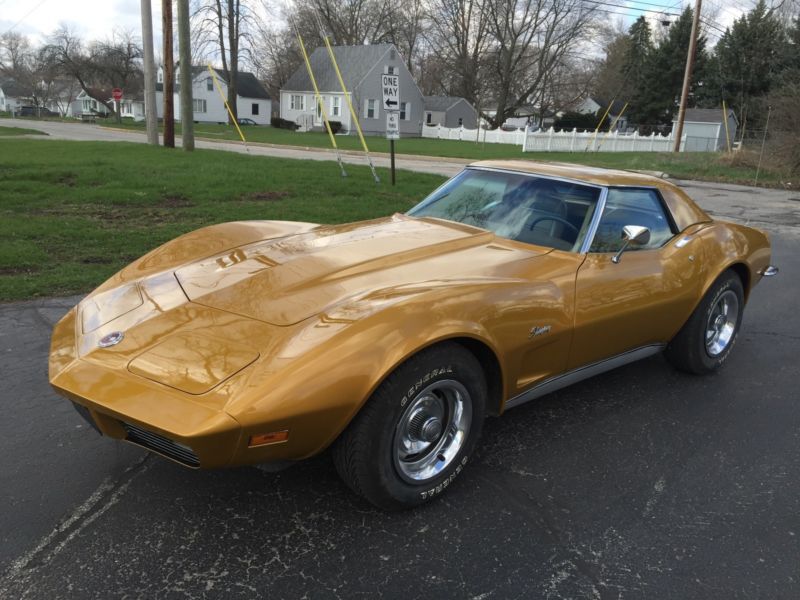 I am always available by mail at: brianbddimino@welshhome.net .

This is a NUMBERS MATCHING car. Automatic transmission. Non A/C car. The Corvette has the original Metallic Yellow paint with the original Deluxe Medium Saddle interior. This car is 1 of only 1328 Corvettes sold in 1973 that had the auxiliary hardtop with the convertible top. The convertible top is black in color. This Corvette has power steering, power brakes, and tilt steering wheel. I am hard pressed to find a scratch or dent on this car. I found one VERY minor chip on the deck lid near the gas cap. The exhaust and tires were replaced recently. The car was tuned up and some other minor mechanical things preformed at a Corvette shop in town. The bill was $835.14. That work was done on 10/14. The car runs and drives and shifts great. It fires up nicely and goes down the road as it should. Both pop up lights work fine. This car has been "Zeibarted". With those of you who aren't familiar with this process, it is a rust proofing process for the frame.