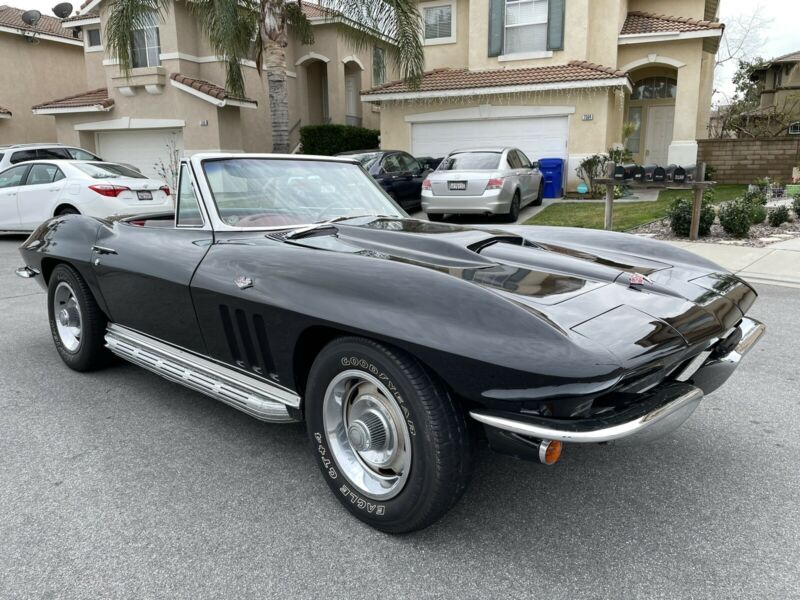 Sitting in it’s original color code (900) Tuxedo Black
only 1,190 made in 1966 less then half of the amount of the rest of the colors produced
Which makes being extremely sought after.
With Red interior. Seat Covers & rest of interior seem to be 100% original. No cuts or rips but are worn has they
are over 50years old All glass appears to be the originals

Body & paint is nice
There is no checked marks, cracks in fiberglass
Has there was a few paint chips on passenger fender & hood that I’ve had filed and touched up to look more
presentable but not perfect.