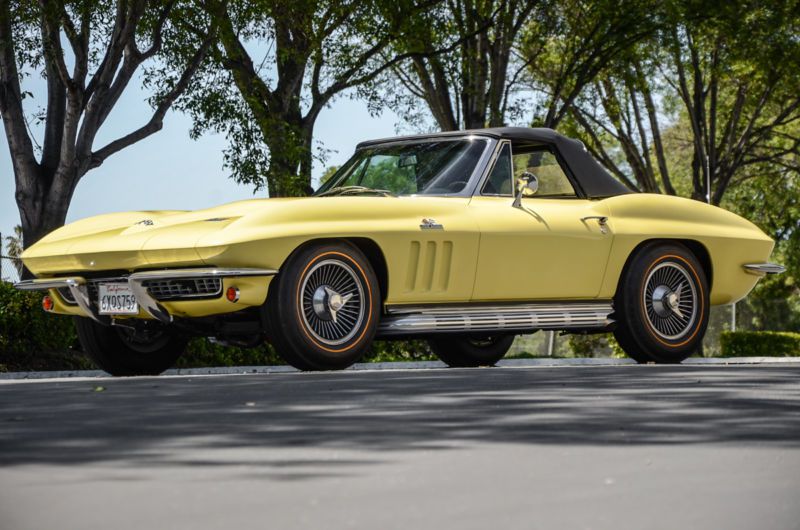 Classic car fusion is proud to offer this stunning matching numbers 1966 corvette convertible. This 427/390hp L39 4
speed has gone through an extensive body off restoration. The fit and finish on this vette is second to none...NCRS
top flight award winner. Original knock off wheels and teak wood steering wheel. This is truly one off the best big
block corvettes around. This is a true investment quality matching numbers big block corvette..original color
sunfire yellow done in lacquer paint.