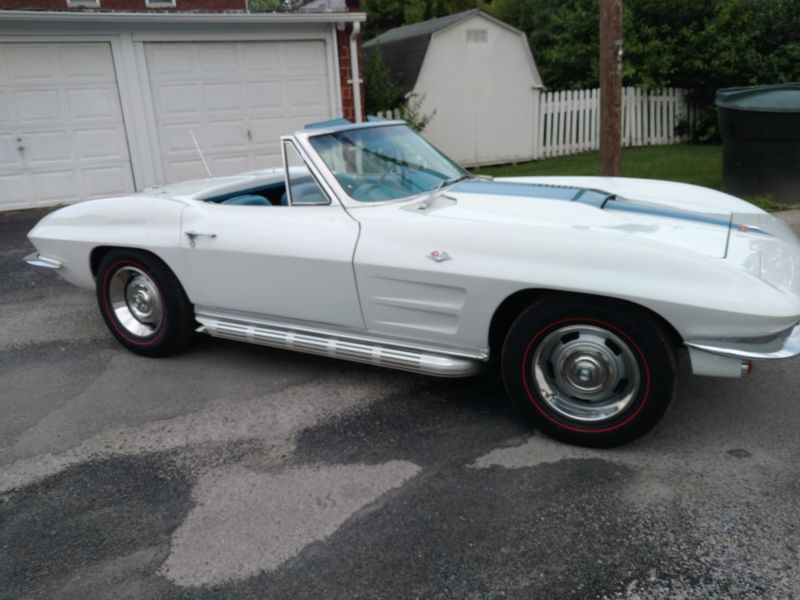 If you have any questions please email at: helenehkkerkel@ukgolfers.com .

This is a restored super clean cruiser with both the hard top and the original hood. It is not a numbers matching
car but it is a ton of fun and ready to enjoy.
It is an easy winner at local cars shows and a head turner when you are just out for a cruise getting thumbs up
every time.
Everything is in running order except the speedometer which I believe is in the plastic gear in the transmission.
Engine runs great,pulls strong and has a great lumpy idle. Transmission, clutch and rear end work as they should
with no issues. Brakes fine.
Engine has all the right pieces to look like a 365HP engine and pulls like one too.
Paint is about 2 years old. Interior has been restored with new carpet and various trim pieces. All the gauges
including the clock work except the speedometer. AM - FM radio works as well.
New Al Knoch top, new wheels, tires and beauty rings. New tail lights and chrome exterior trim pieces. New gas
door. New door handles. Bumpers rechromed. Headlights work. New spare tire bucket.
Comes with the original hood and hard top.
Book of receipts, I'm sure I left off things