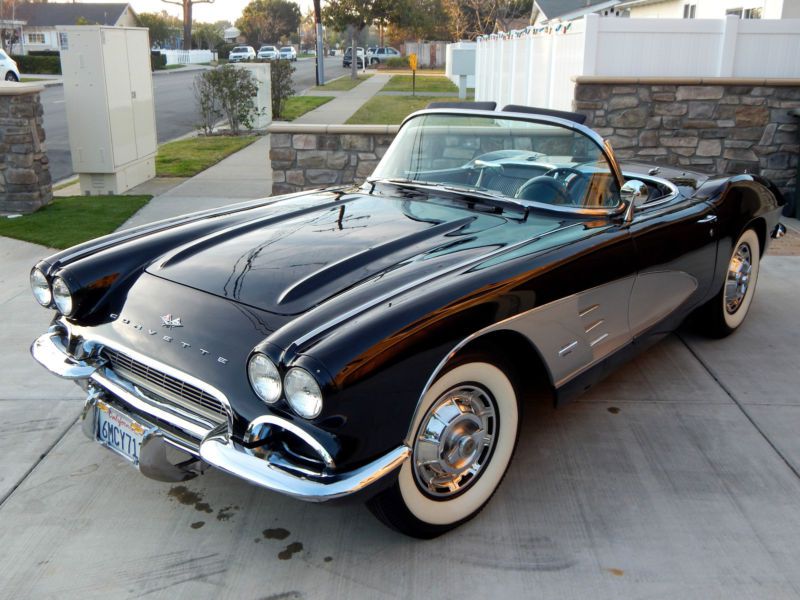 1961 Chevrolet Corvette 4 Speed Convertible Roadster with Hard & Soft Top
This beautiful 1961 Corvette 4-speed Roadster has both the factory hard and soft tops. The car is painted in Tuxedo
Black with Silver Coves with matching black hard top and a white soft top. (Both tops are pictured in this
listing.) This Corvette looks nice and runs well. The paint on the car still shines up well to a deep gloss as you can see in
the photos that were taken for this listing on eBay. The paint on the hard top is equally nice with clear windows
and very clean on the inside. The chassis also looks very nice on this car.
Power steering was added to the car when the transmission was rebuilt a few years ago. The carburetor was rebuilt
this year and the exhaust system is recent.