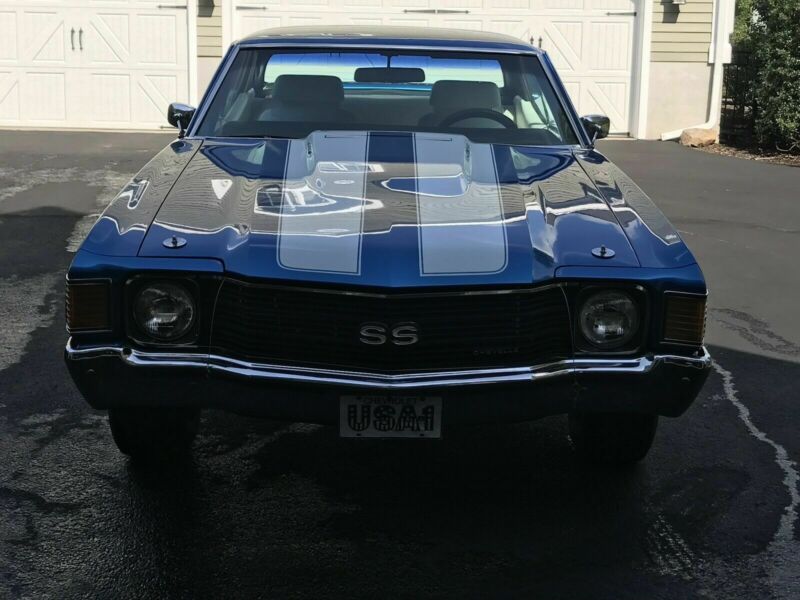 No rust anywhere, no damage except scratch by SS emblem on pass side and small chip
by headlamp bezel and driver door rocker panel. See pics. Original interior in very good condition no dash cracks,
sheet metal,12 bolt rear, and I believe Muncie M21 4 spd. Engine code is 3999290 1-15-71 and vin is T092CTB

I had the engine removed, checked, cleaned/painted, compression tested and it is tight and strong.

This is a true SS, not a clone. Has big block U code vin, boxed rear control arms, true SS interior from 1971/72.
Operational cowl induction hood. This car is straight, looks and runs/drives amazing. Sounds fantastic.
Has 8-track player which I believe is original to the car. All gauges and lights work as they should ( except the
clock) tilt steering column, original sport wheels (15”).

The car maybe has 5,000 miles since paint and engine rebuild. Paint is still an 8/10