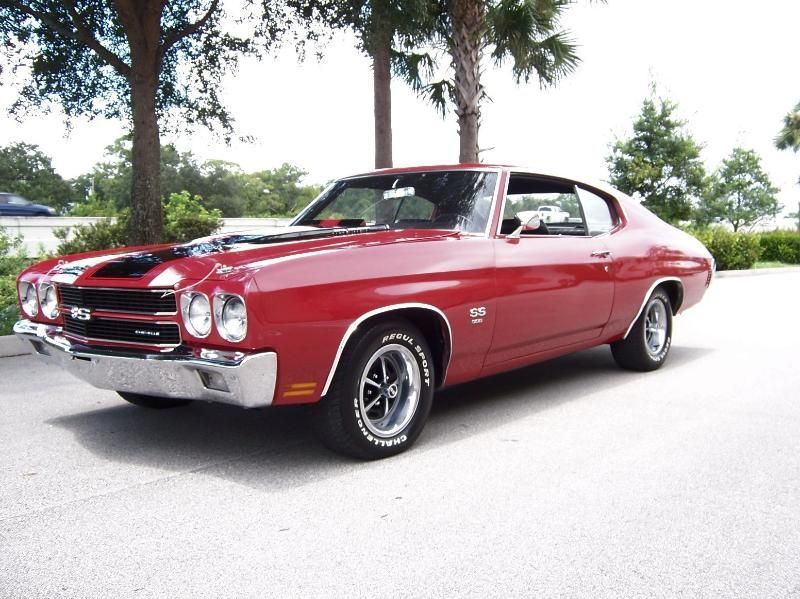 For sale is a real 1970 Chevelle SS 396 4 speed with a positraction rear and Cowl Induction. This is a GM of Canada
built Super Sport and it comes with the supporting documents from Canada. This car has recently undergone a pretty
intensive frame on restoration. The original "Born with engine and transmission are still in the car" the rear is
not original to the car but it is a posi.
The engine has been recently rebuilt and has very few miles on it, besides the original block, it also has its'
original date coded heads and intake. The alternator is also original. The engine was removed and the engine
compartment detailed. It has all new front harnesses, brake booster, 4 core radiator, valve covers, battery,
exhaust manifolds and new date coded wires. The steering shaft was disassembled and restored, new power steering
lines and the engine repainted. The front frame rails were stripped down and repainted as was the radiator core
support. All the front end linkage has been disassembled, blasted and repainted. The car also power steering and
power brakes. There is also a brand new Dual Friction Centerforce clutch in the car.
The interior is in decent driver condition, it has had a new headliner, new carpet and sill plates installed. It is
also a tach and gauge car. The seat coverings are in nice shape, no rips or tears.
The trunk has been stripped and refinished with original style jack and spare.
I've included 2 pictures of the floors in the listing, the floors are perhaps the nicest originals I've ever seen.
They were coated in heavy duty grease when I got the car. After 15 hours of cleaning the grease as you can see in
the pictures they are in mint condition with the factory body plugs still intact.
The body on the car is very nice, I would rate the paint as above average driver quality and the stripes are
correct. The only change from the GM of Canada paperwork is this car has had a color change. All the original date
coded glass is still in the car except the windshield. The original color was Misty Turquoise. The SS rims were
blasted, etching primed and repainted, the exhaust system is new with the rear resonators. The gas tank has also
been replaced and the original SS bumper is still on the car. The car can be seen by appointment.