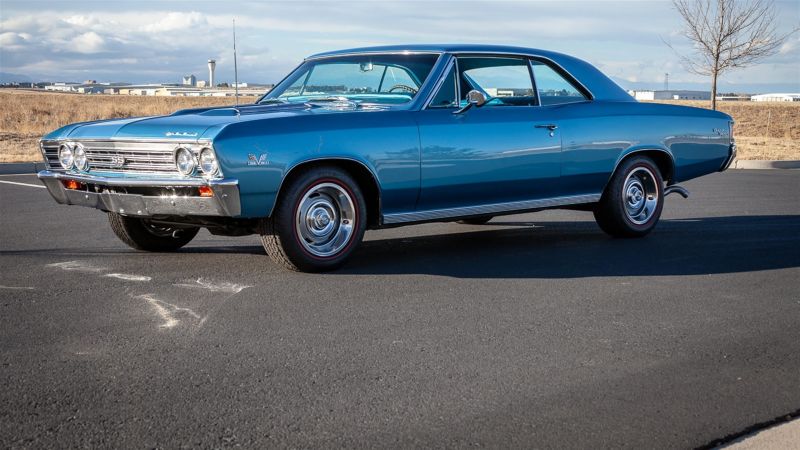 EMAIL : logdo1980@gmail.com Step back into 1967 with this gorgeous Marina Blue Chevrolet Chevelle SS for sale., You are looking at a true-numbers matching 138 Code Chevelle SS 396/350 HP CID V8 that is 100% to stock specification with a 10.25:1 compression ratio and is backed up with a 4 Speed Muncie Transmission. This Chevelle has only 32,000 known miles and is an original California car with the original Black License Plate. No expense was spared on this frame up restoration that took place in the spring on 2015. From the freshly overhauled engine and transmission rebuilt to factory specifications to the astonishing Marina Blue Paint that was freshly repainted in April of 2017. You can stop safely in this car with the 4 Piston Disc Brakes too.