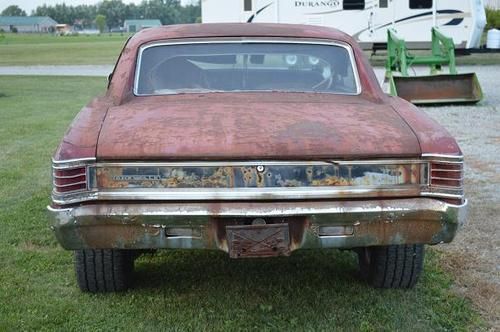 1967 Chevelle SS 396 4-speed  Burgundy exterior, Black bucket seat interior.  No motor, No transmission.  Still has original 12-bolt 3:31 posi.  Car has been sitting for a long time.  Very restorable.  Rally wheels are not included in auction, the car will come with original steel wheels.