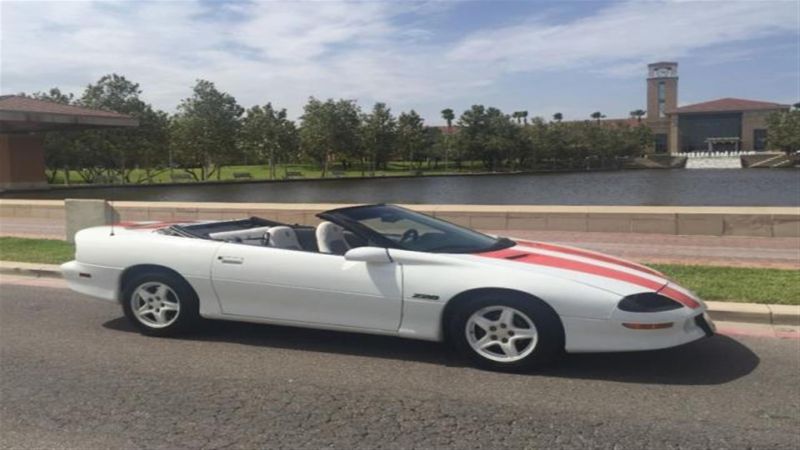 1997 30th Anniversay Camaro Z28 Convertible. always adult owned and driven. New white top, New interior seat covers professionally installed, New Tires, fresh tune up spark plugs, wires, belts. AC was also just serviced and is ICE COLD? Car looks Amazing for its age. The 30th Anniversary is destined to be a classic soon, a few more months and it will be 20years old.It qualifies already for full coverage as a collector car. Insured for 15k for under 300 yearly. Power top works flawlessly! Real eye CatcherThumbs up at every corner. Has always been garaged since new and is currently stored in a storage unit.
If you have any questions please feel free to email me : hinpjsmithlarkin@africamel.net