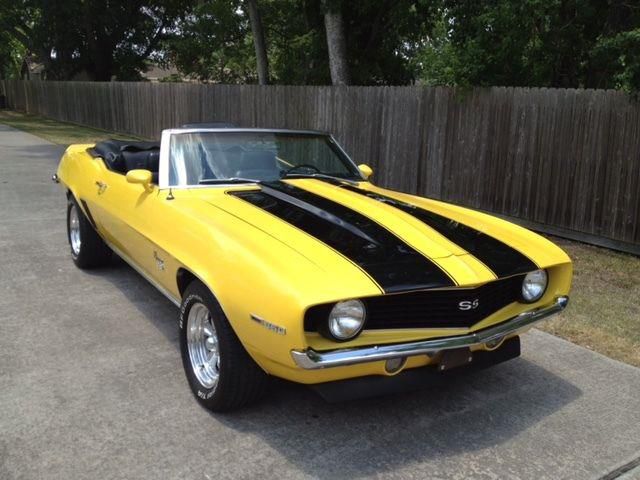 Summer is here and this 1969 Chevrolet Camaro SS Convertible is ready to be driven with the top down This Beautiful car has:350 Engine10 Bolt Rear End Posi TracAutomatic TH350 TransmissionNew CarburetorThe top and motor are about 2 years oldPower Steering and BrakesNew Exhaust Manifolds and ExhaustRear Air ShocksRetro fitted AC with factory partsCar is solid with all original body panels and floor pans