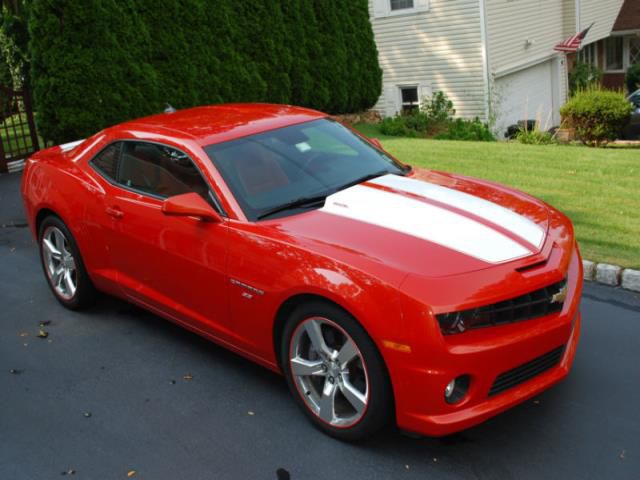 2010 Cheverolet Camaro 2SS 22,985 Original Miles. Adult driven. I am the only person to ever drive the car and have taken very good care of it. I had the intention of keeping this car for the long haul but college is happening next year and I need to prioritize. NO MODIFICATIONS. This Car is completely factory original with the exception of the 6.2 and L99 emblems I added to the hood and trunk. No accidents or repairs. The car even has the original tires and brakes. Only thing ever done to the car was oil changes using the recommended Mobil 1 full synthetic oil. This car has every option with the exception of the sunroof. The original sticker price was $39,230.00. Original window sticker and factory manuals and brochures included. The car has a fully transferable factory extended warranty (comprehensive coverage option). I included some photos of the contract. It is good for 70,000 miles or 72 months (6 years). The warranty is fully active until March 18, 2017 and will be transferred to the new owner. I paid $1,465.00 for this warranty direct from the Chevy dealer at time of purchase.