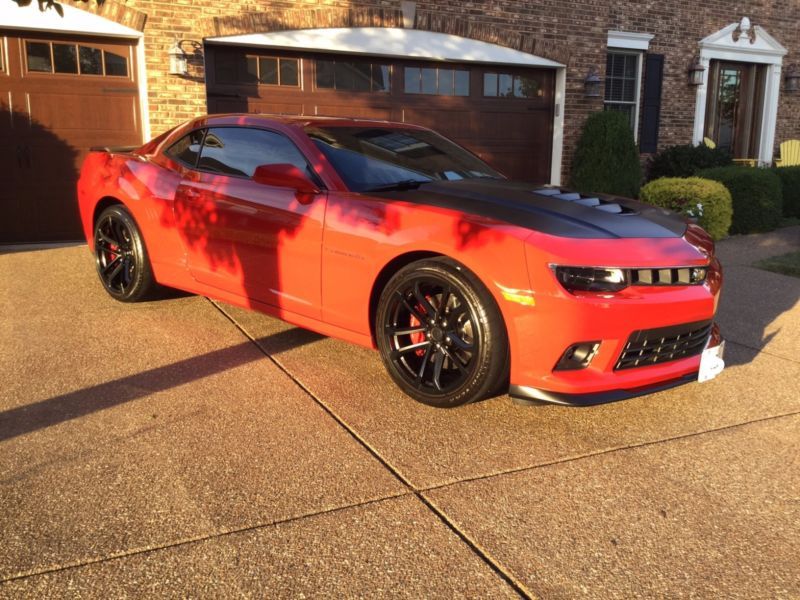 2014 CAMARO SS with 1LE package, 2SS, RS, Red hot paint with factory matte black hood, track package, & dual mode
exhaust. 6.2 V8 LS3 engine. 1LE's are hard to find. This is collector quality and desirable package. 7,800 miles! 1
adult owner, non-smoker, ordered new, garaged, never seen the rain. Only one modification was to change the air
cleaner to a "cold air inductions unit". This is a neat look, but I do have the original if you prefer. As clean on
the bottom as it is on the top. No scratches, swirls, dings, curb rash, literally perfect! Beautiful car and ride.
Never taken to a track, street driven only. GM extended warranty available. Nicest 2014 you will buy anywhere. I am
selling to buy the new '18 ZL1 1LE. Car has about $2500 worth of clear bra on it to protect the paint. 6-speed
manual, the only way this car comes, Has tinted windows, heads up display, Boston Acoustics, leather interior with
heated seats, beautiful, stunning car. Title in hand, no lien. Have all the original owner documents from the
window sticker to the owners manual. No accidents with a clean Autocheck of course.