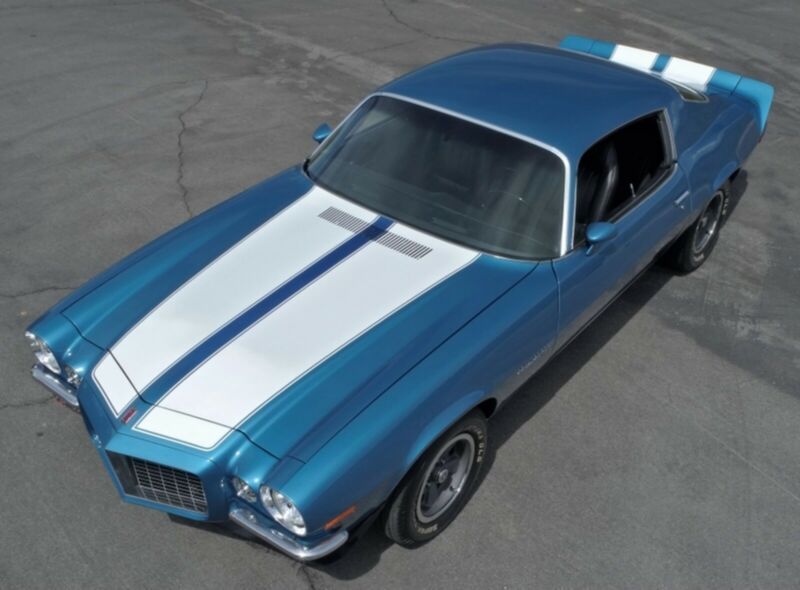 Up for sale is my ABSOLUTELY STUNNING 1971 Chevrolet Camaro Rally Sport. This car is True to Heart RS. It is 100%
Rust Free.
The body is laser straight.
The paint absolutely beautiful and is nearly perfect, finished in the factory correct color code 26 Mulsanne Blue.
No known chips, scratches or dents. The underside is as clean as the top side, as it was completely painted and
under coated. The interior is near perfect. Carpet is new. Seats are possibly original and in near perfect
condition. Headliner is perfect. Maintains all original seatbelts. Original dash and all original side panels
are near perfect. All Glass is perfect with no chips or scratches. Tires are newer and nearly 100% tread.
Original wheels are near perfect. Original bumpers are straight and shiny with very little pitting. Non-Original
SBC engine is fresh and runs perfectly with no smoke or leaks. Sounds amazing with a nice cam, headers, new exhaust
with Flowmaster mufflers. Turbo 350 Transmission shifts perfectly. Has Power Steering. Disc Brakes up front and
Drum in the rear, but no Power Assist. Space Saver Spare Tire with Jack.