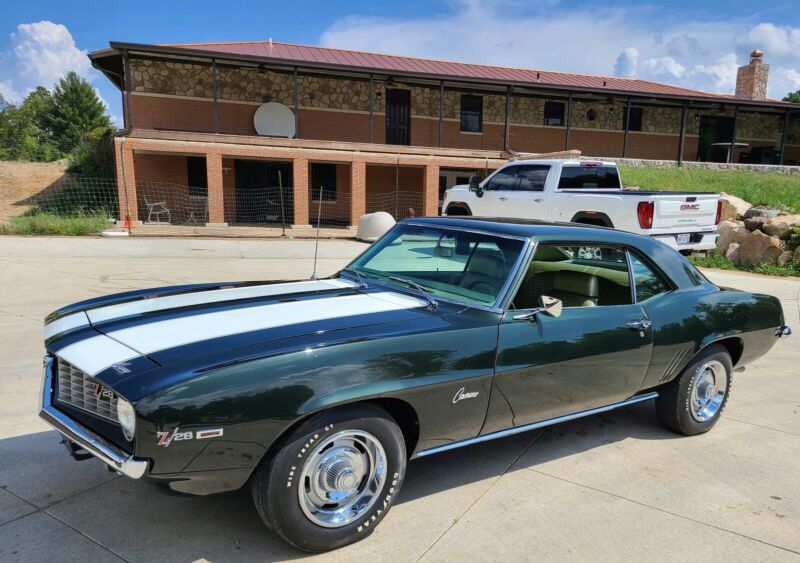 1969 Z28 original number matching. This car was purchased as a family car and order with flat hood,no spoiler,no
quarter trim and other ect. This car was frame off and the under body is same color as the car. We have all
documentation build sheet, protecto plate and receipts from restoration. Engine was rebuilt back to stock.
Everything that is date code matches including smog pump.. Car was done about 4 years ago and driven about 1200
miles.