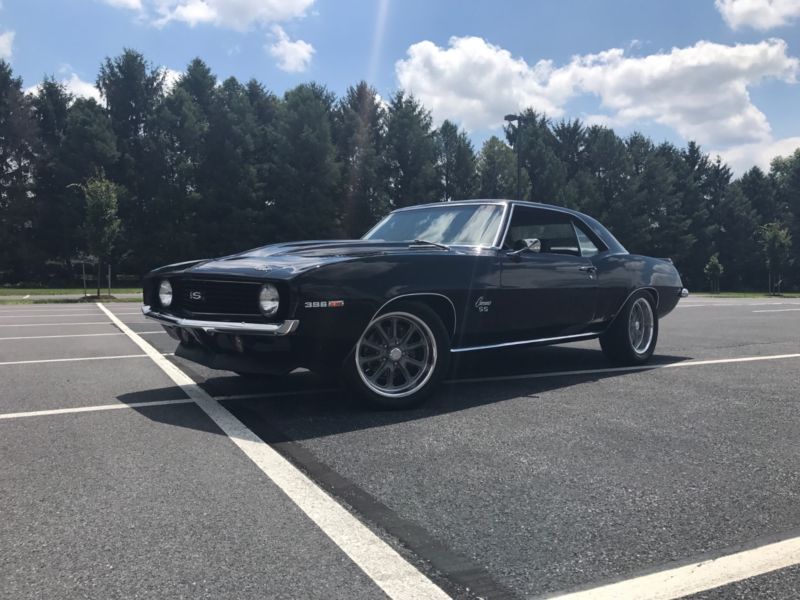 1969 Camaro SS Tribute
Here is your chance to own a beautiful black on black 1969 Camaro SS 396 tribute car. This is the
right color combo with the right options. This car is equipped with power steering, power disc brakes, bucket
seats, console, 396 big block engine, TH400 transmission, and a posi-traction 10 bolt rear end. The car includes
two sets of brand new wheels and tires – you can choose the classic look or the more modern pro touring look.
Most of the chrome is new including the bumpers, handles, and mirrors. The interior is in excellent condition. The
body gaps are excellent, and the base coat/clear paint is very slick.