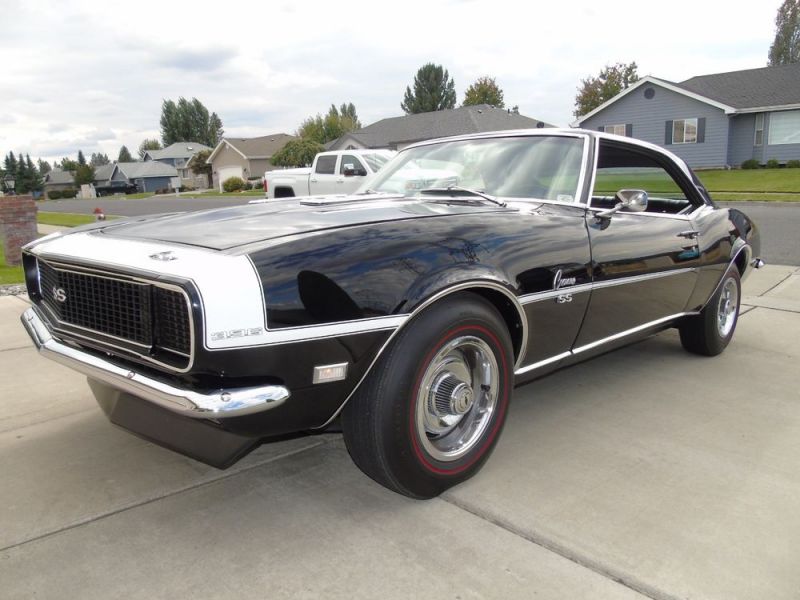 Body/Paint: The body is very straight. Body panels replaced with aftermarket components were fenders, quarters, header panel and valance, trunk pan, hood, trunk lid, inner fenders front and back. Floor pans are solid and original to the car. The paint is DuPont Tuxedo black base/clear. Quality job replacing metal with proper mock up. Multiple coats of primer blocked in between each coat. 3 coats of black with 5 coats of clear. Wet sanded and buffed to a high gloss. The body and paint is beautiful with great fit/finish and shows nicely.

Bright work: All bright work is new or restored and in very nice condition.

Glass: Tinted with front and back glass replaced and original side glass in really nice condition.