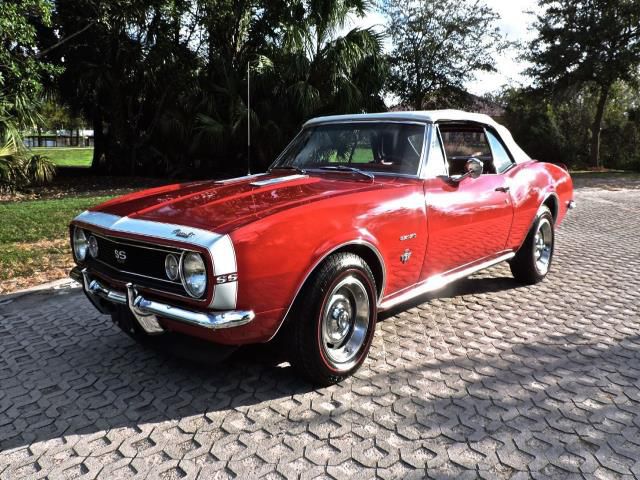 For more details eMail me : damiano.fothergill2@aol.com Your Dream Car Awaits: Red 1967 Camaro Ss Convertible From The Owner's Private Collection. This Beauty Has Been Completely Restored With Only 520 Miles On It Since Completion. This Car Is A Real Coded Ss!!! Cruise With The Top Down, Or, If You Are Feeling More Reserved,Throw Up The White Vinyl Top And Hit The Road. She Comes With All The Goodies And Is The Most Loaded Ss Convertible You'll Find On The Market!!!