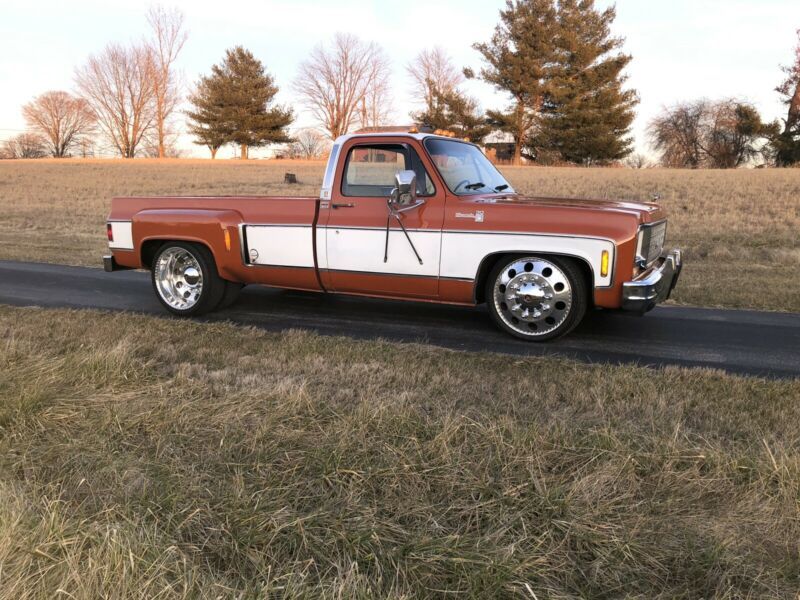 This 1976 Chevrolet C30/K30 is an original with updates to the exterior, interior and drivetrain. The vehicle is drivable and is used as a daily driver.

Front: spindle/springs all frontend is rebuilt

Moldings and chrome is perfect