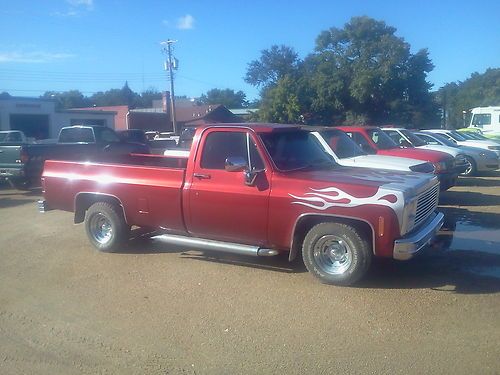 Condition: UsedA vehicle is considered used if it has been registered and issued a title. Used vehicles have had at least one previous owner. The condition of the exterior, interior and engine can vary depending on the vehicle's history. See the seller's listing for full details and description of any imperfections.Seller Notes:"This is a used 1980 Chevy 1/2ton 2wd. Restored 6 years ago still looks and runs great."

I have up for auction a 1980 Chevy 1/2ton 2wd. This pickup was restored about 6 years ago. The pickup runs and drives great. It has a strong running 350 with edelebrock carb intake, headers, and side pipes sounds great.