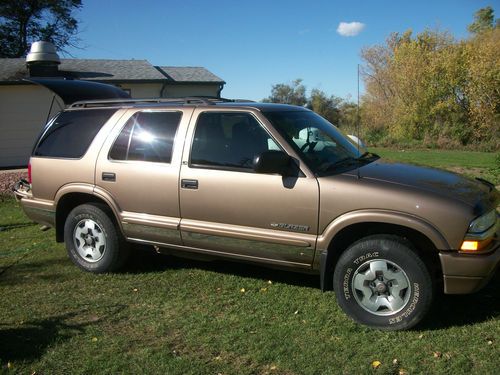 Condition: UsedA vehicle is considered used if it has been registered and issued a title. Used vehicles have had at least one previous owner. The condition of the exterior, interior and engine can vary depending on the vehicle's history. See the seller's listing for full details and description of any imperfections.Seller Notes:"this blazer is in awesome condition,no rust whatsoever,interior is excellent,no dents. Everything works as it should.runs and drives like new.car has 154720 miles on it.tires are in fair to good condition."

this blazer is in excelent shape and runs and drives like new. wifes car and driven daily. body has NO rust or dents Everything works great and has never had any trouble. we need a larger vehical in order to pull our camper. Payment may be made in cash or wire bank transfer. winning bidder must contact seller within 24 hours of auctions end time and pick up within 7 days.