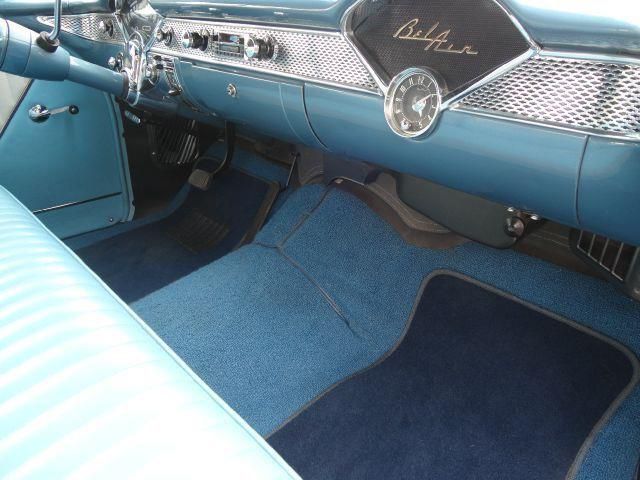 1955 Chevrolet Belair V8 convertible!!! This turquoise and white beauty spent most of its life in California. In late 2012, this "must have" had a body-off restoration. The restoration included new paint and a new interior. Also, included in the restoration was a new top, wide whitewall tires and chrome to name a few. This 1955's 265 c.i. V-8 powered it only locally to car shows as well as the recent Concours d'elegance in Greenwich, Connecticut in May of 2014. This beauty drives as well as it looks. With its white power top up or down, watch the reaction of people as you pass them in this beauty.