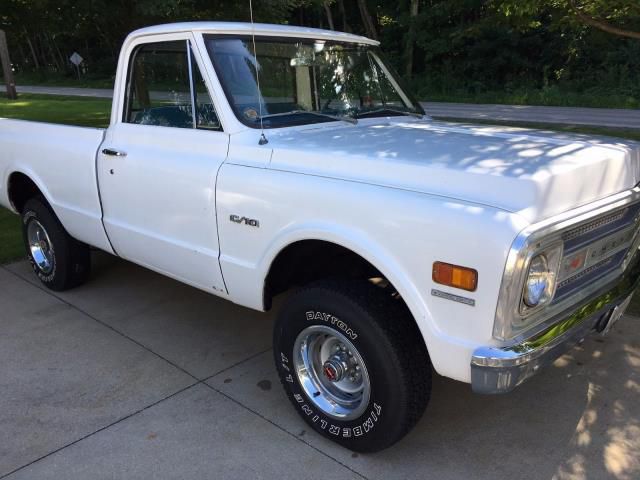 Original 1969 Chevy Fleetside Shortbed 4x4 3 Speed, 307 Factory V-8 2 Bbl. RunsGreat!, Only 1300 Made In 1969... New Chrome Bumbers Frt Back, (still Have TheOrig Painted White Ones). I Got This From A Friend Who Owned Since 1978 AndRestored It Back Then &has Been Garage Kept Ever Since.. No Holes Or Rust JustSigns Of Older Retoration, Sits Nice Rides Nice (new Brakes Back Then StillGood). Good Tires And Wheels.. Was Always 3 Speed But Was Converted To FloorShift, E Brake Works.. Good Glass, I Wasnt Planning On Selling It But RecentlyFound Another Car. The Pic Shows The Tailgate When I Got The Truck But I Sent ItOut To Get Painted At The Body Shop And Fix The Bottom Edge (will Have It BackFor Sale.. Everything In This Truck Works As It Should, Bed Is Solid AndInterior Is Exceptional..