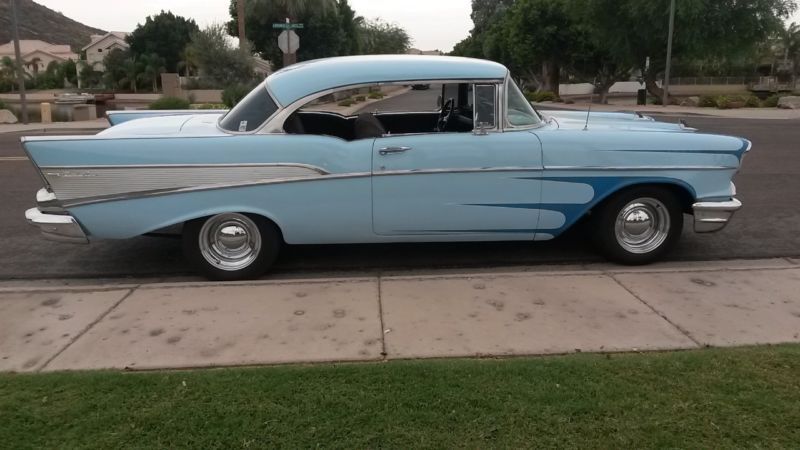 Please message me with questions at: lorette_elena@zoho.com .

This car has been treated with whole lot a love. Driven whenever, mostly weekends to drive ends, car shows, short trips grabbing lunch out of town with windows downs, stereo on and when feel the need to feel the roar of this strong 454 naturally aspirated raw Horsepower at the foots touch. B&M quick slap shifter makes this classic fun to drive as a cruiser or hot rod when feel the need.
Nick named "BLUE" This Turn key "57 Chevy 2 door no post 454 Edelbrock high-rise performer with mild cam, 750 4 barrel, 400 turbo trans with shift kit, Posi rear with front disc brake conversion front end with tilt wheel is sure put a smile on your face as it screams true american classic! No retro, redos or anything like it will ever be made again.