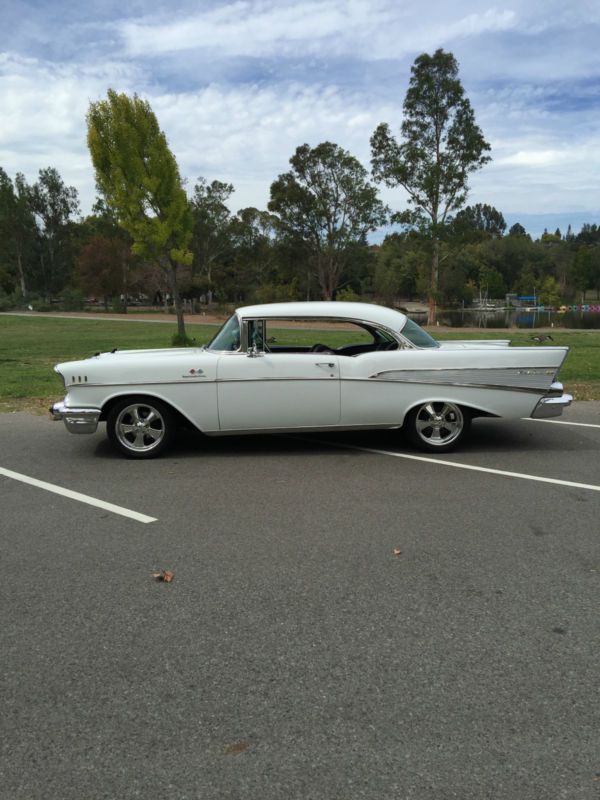 ANY QUESTIONS JUST EMAIL ME: paulenepllessenberry@tifosi.net .

1957 Chevrolet Bel Air Fuel Injected
One of 1530 made in 1957 with Fuel Injection. 283 Cubic Inch engine with Powerglide transmission. The Rochester
Fuel Injection is included with the car but is not currently on the car. I believe the unit is worth $6000 to $9000
by itself. The car ran perfect when it was purchased and still runs perfect so there was no need or reason to
change it back to the fuel injection. MSD Distributor. Edelbrock Performer RPM manifold. Holley 4 barrel carburetor
with electric choke. New Interstate battery. Flaming river rack and pinion steering. Power brakes with disc setup
in the front. Budnik wheels. Flaming River tilt steering column. Slightly smaller 15 inch steering wheel. Air
Conditioning. Air shocks in the back that can be adjusted to change the height of the car. CD player in the trunk.
Dual exhaust. New upholstery for the front seats and back seat was done this spring. The car is being sold because
I am 74 years old and its time to let someone else enjoy this very nice driving nice looking 57..