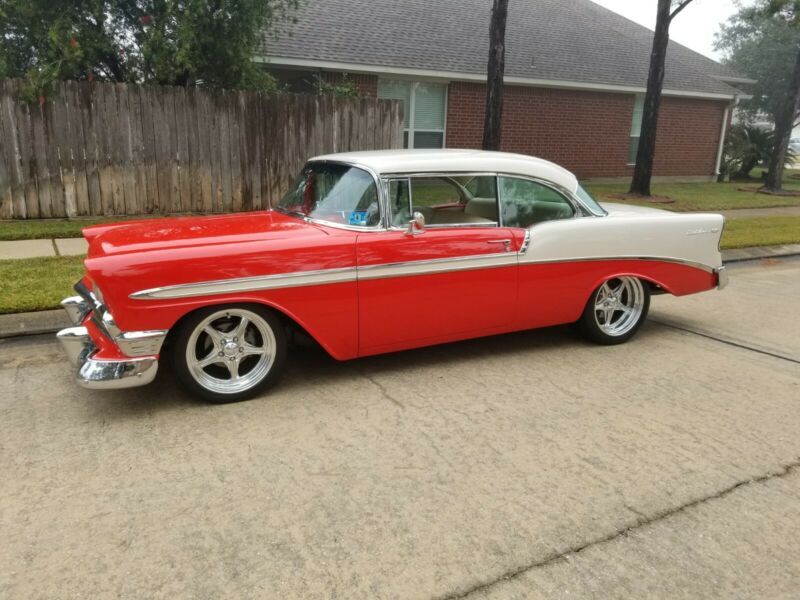 If you know your '56 Chevy's, then you know what you are looking at - and you know what it costs to build a car of
this quality. This has to be one of the finest resto-mods around. The car started life as a 210 and Bel Air trim
was added when the car was restored. This was a frame-off resto and the underside of the body is painted red. the
frame was painted black - NOT undercoated. The 350 engine is powerful and runs strong and smooth with the Holley
fuel injection. The interior and door panels were given a custom look and the car is painted the correct Chevy red
and white. The AC blows nice and cold and the engine never runs hot. All chrome is good, glass is good. This car is
clean, clean, clean. It has the proper look and the proper stance. The car starts, runs, drives and stops great
with no squeaks, rattles or leaks