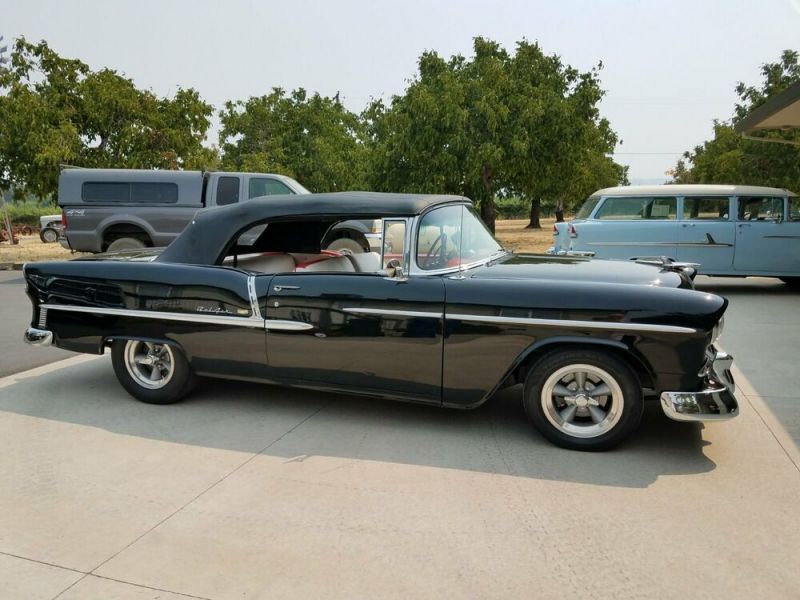 Chevrolet Bel Air, 1955 convertible. Original, perfect , unrestored black California plates. This car has never had a patch panel anywhere. When I upgraded running gear, front clip was off, and I pressure washed the under carriage. There is red lead primer showing and I clear coated it. This car is a California survivor. Correct 265 engine, 3 speed overdrive trans…..4:11 posi, stereo, original 60’s restored American mags, power top, Petronix in distributor, Edelbrock 600cfm, Has original jack and a spare tire.
4 seat belts, runs and drives flawlessly. Not a matching numbers car, but everything on it was done close with the assembly manual on hand. Most convertibles, have all had patch panels or new floors. Not this one. Always garaged or covered. Cover included.