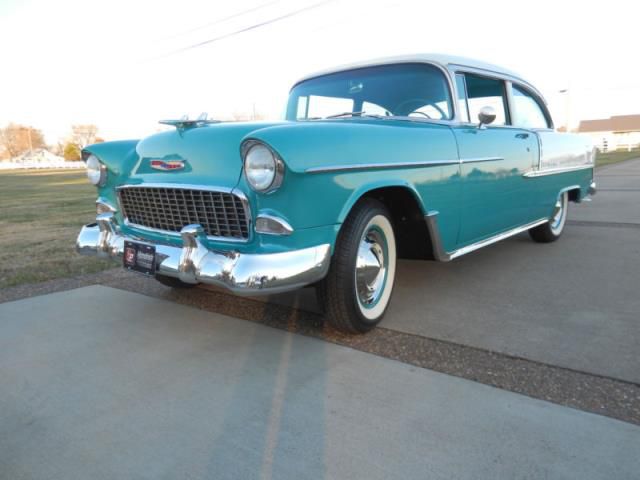 One Of The Neatest Things About This Car Is That Bright Work That Accents The Blue Paint Very Nicely. The Exterior Remains In Stock Form With Nothing Wild Or Suggestive Screaming At You, Which Is A Good Thing. The Body Is Straight And Solid And This Bel Air Makes The Perfect Candidate For Your Next Weekend Cruiser. This Tri-five Sports The Same Timeless Combination With The Clean Original Interior.