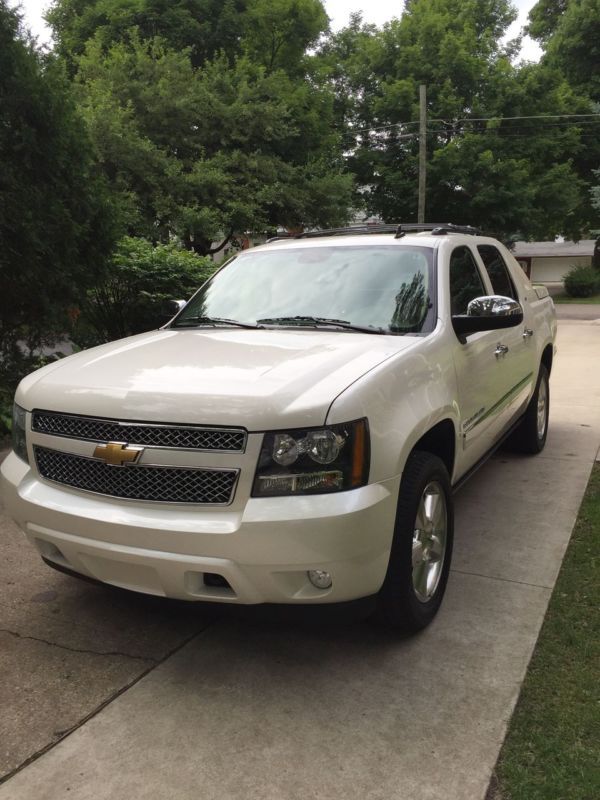 The most beautiful Avalanche. Drives like a Cadillac. New breaks (new pads and
new rotors), has just about every option you can name. See the picture of the
dealer sticker for details. The optional white diamond paint is amazing. Not a
commuter. This was mom's taxi. We pulled our camper with it two or three times a
year. Aftermarket tow control module. OEM remote starter.
Only one set of keys. Paint and rubber wear on the driver's side threshold, some
scuff marks on the interior plastic (see pictures), the rear topper panels have
some scratches and chips, but are water tight.
This is a great car, all scheduled maintenance and repairs done at Wally Edgar
Chevrolet dealership (records available from them).
A/C ice cold, All scheduled maintenance, Factory GPS system, Fully loaded with
all the goodies, Looks & drives great, Must see, Non-smoker, One owner,
Satellite radio, Well maintained