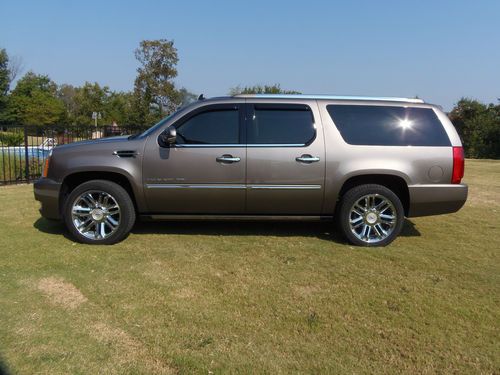 This is a very luxurious but family-oriented vehicle. It has dual TV's in the headrests plus dual TV's in the roof with four pairs of headphones to wear while watching TV. Each head rest can watch a different movie but the roof TV's have to watch the same movie, so a total of 3 movies can be playing at the same time. Exterior color is the mocha steel metallic and the interior color is cocoa/linen. Power windows, power seats, heated and cooled seats (and cup holders as well), sun-roof, rain guards, and tinted windows.