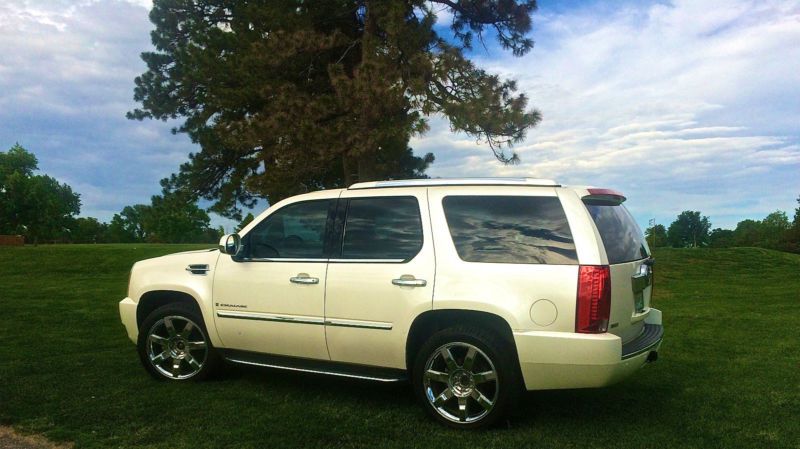 Stunning Cadillac Escalade AVAILABLE W/FULL-COVERAGE WARRANTY! Cadillac custom White Diamond Pearl Tricoat. New
tires. Drives like a dream. AVAILABLE WITH BEST AFTERMARKET WARRANTY ON THE MARKET (2-3 YEARS STILL REMAINING).
Warranty will be transferred if buyer is willing to pay the remaining pro-rated value of warranty ($3,270). If
buyer prefers to buy the car without the warranty, we will exchange warranty for pro-rated refund. The warranty is
the premium "Estate" package with "seals and gaskets" and "electrical package" add-ons included. Although we highly
recommend taking over the extended warranty, it is solely at the discretion of the buyer and makes no financial
difference to us. We added the 4-year (48,000 mile) warranty when the car had 68,000 miles. We absolutely LOVE this
ride and are only selling it because we are moving internationally.