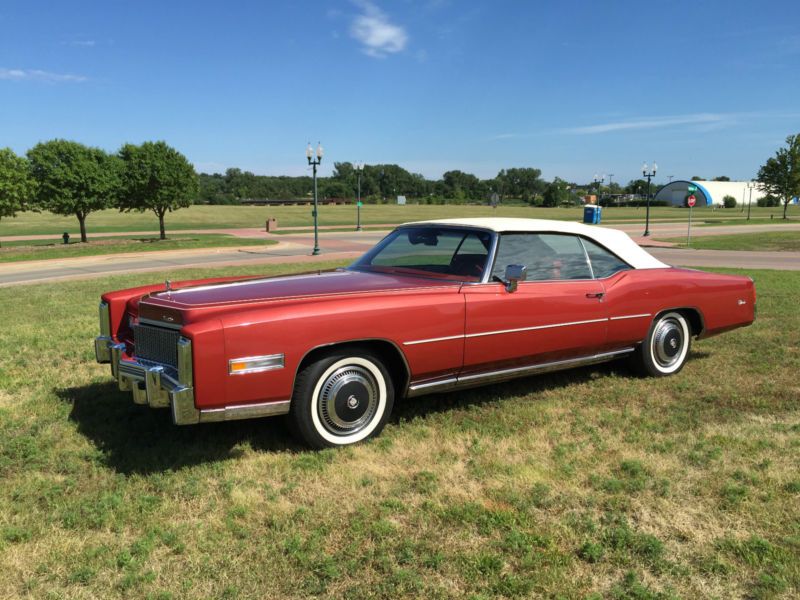 Originally advertised as the "only convertible built in America," the Cadillac Eldorado was sold as a legend-to-be
and remains one today. Lifelong Cadillac owners lined up to buy the boat sized convertible cruiser and in fact,
Cadillac had never built a Cadillac convertible of this size and most likely will never build one again. Cars have
since shrunk in size and the idea of rolling down the street in a living-room-equipped vehicle outfitted with a 500
CI motor became a thing of the past. In terms of cruisers, there are not many comparables available today.
Finished in Firethorn Metallic over a Red interior, this 1976 Cadillac Eldorado has traveled just over 33,192 miles
and had 2 owners since new but always been in the family .The body of the car is in excellent condition and has
benefited from lifelong garage storage and fair-weather driving.