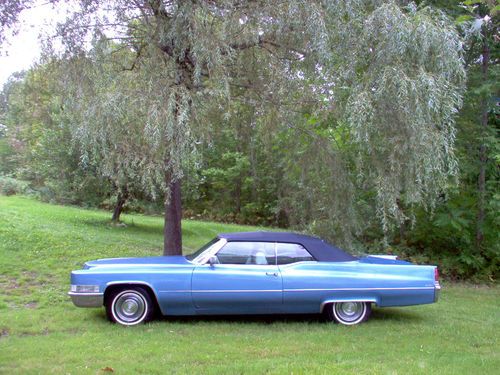 Beautiful 1969 Caddy Convertible. Well maintained has been in family since 1971. Stored every winter, has never been on salted roads. Does have some surface rust behind front wheels and has a scratch on rear left fender. The car has never been in an accident other than a minor bump into a phone pole in a parking lot. As can be seen in the photo's the incident resulted in a small deformation of the rear bumper. Has power everything including top and auto headlight dimmer.   Car is also for sale locally, therefore the auction may end without warning.