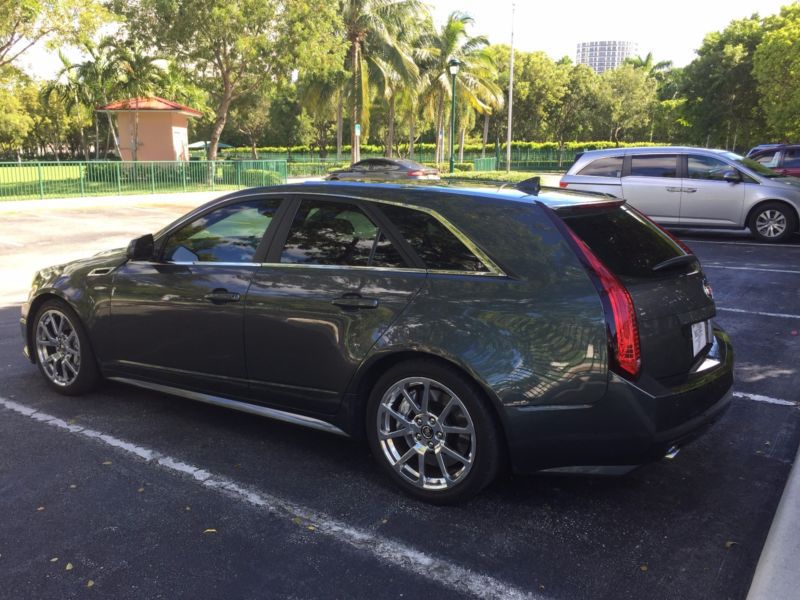 If you have any questions feel free to email: wondabirr@juno.com .

SUPERB 9/10 CONDITION
AMAZING EXHAUST SOUND
WITH 20 mos. REMAINING ON 2-YR AFTER-MARKET WARRANTY (ASSURANT)
...AND GET THE FASTEST GROCERIES ON THE ROAD...
...THIS IS THE ONE YOU'VE BEEN LOOKING FOR.
SOME DETAILS
This particular V Wagon is great for stealth. As close as a supercar can get to blending in.
1: I had the chrome strip above the rear license plate color-matched to the body.
2: the car is debadged not only from the three "V" symbols (sides & rear), but also the "CTS" letters. I have them
all, in mint condition, included with sale (see pics)
3: this is the classy greenish-grey Chromaflair Thundergray. It looks amazing and often "changes" depending the
time of day and light conditions. Sometimes a predictable business grey look .. others, a semi-exotic greenish hue.
4: no sunroof = more headroom. Here in Miami, I appreciated it since more glass just turns the car into a
greenhouse.
5: seats are regular Cadillac seats, not Recaros. They are comfy, functional and great.
SOME SELLER DETAILS